She was 8 years old.

She bought lots of strange things. Well, they were strange to me.  A big apple tart, 7 avocados, dark chocolate, 2 bottles of mushroom sauce, a Cosmo and frozen berries.

I followed her around the store.  I know!  Creepy, right?  But look, I had shopping to do too.

We got to the till to pay.

Until then, she seemed so in control!  I was thinking “surely, this child is our future president!”

She battled to unload the groceries from her trolley.  Some of the things were quite heavy.

The teller was going fast.

The pressure to get the stupid things on to the conveyor belt was mounting.

She was beginning to hurry.

And, she was beginning to make mistakes.

There was a woman between her and I. Some rude tart that squeezed in while I looked away for a minute.  She was getting agitated.

The 8 year old said “I forgot something!  I’ll be back” and ran back into the shop.  She came back 3 seconds later with a toothbrush.  The teller was calm and patient.

So, back she went into the store to look for it.  She came back 3 seconds later.  She could not find her bag.  So, she made a decision.  She packed everything into one bag.

She was nearly over the finish line.

She paid for her shopping.

Then, she walked to the door.

The bag was about to break. It was getting dark.  I watched her trying to make a decision.

So, I walked up to her and said “Go find your lost bag. I will wait with your shopping”

She had to make another decision.

And she did. She chose to trust me.

She ran back into the store and returned 3 seconds later.  She found her lost bag!

She bent down, packed half her stuff into the second bag and had the biggest smile on her face.

It was dark when we left the store.  My heart was breaking for her.  8 years old?  All that stress?  Poor little thing!  I was projecting all MY feelings on to her. She was fine!  Absolutely fine.

That’s when I had to make a decision. 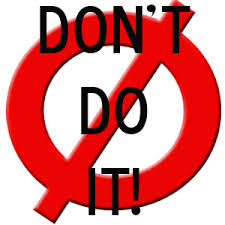 I wanted to run up to her and tell her that she was brave, amazing, wise beyond her years. I also wanted to tell her that she should watch out for bad guys and that her parents should really NOT be putting all that pressure on an 8 year old.  I wanted her to know that she impressed me so much and that my heart would always remember her.  I wanted to thank her for that beautiful story that I watched unfolding.

But, I decided.  I knew that she would probably feel scared and freak out and tell her mom about some crazy woman in Adidas sweats with one globe in her hand after “shopping” for 20 minutes!

So, I decided to let her go.

Writing comes easy to me. I started writing when I was 9. I wrote a poem about a Tiger. I got 0. Yes, zero! I had never gotten zero before. The teacher cited “copying”. She decided that my poem was so damn good, that I could only have copied it. That moment changed my life. Welcome to A Heart Full of Stories! I have a BIG heart and there are plenty stories to share. View all posts by Lee-Ann Mayimele, Chief Storyteller

Read all blogs by Lee Mayimele